BUDDHANUSSATI MEDITATION -RECOLLECTION OF THE GREAT QUALITIES OF THE BUDDHA 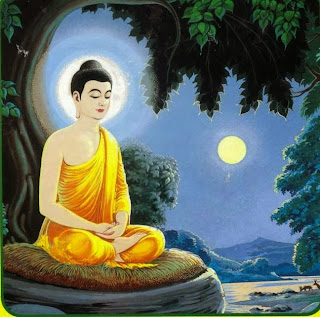 “Well awakened, they’re a wake ever the Buddha’s pupils who constantly by day, by night are mindful of the Buddha.”

“Those disciples of the Buddha who are mindful of the virtues of their Teacher day and night, arise wide awake and in full control of their faculties.” 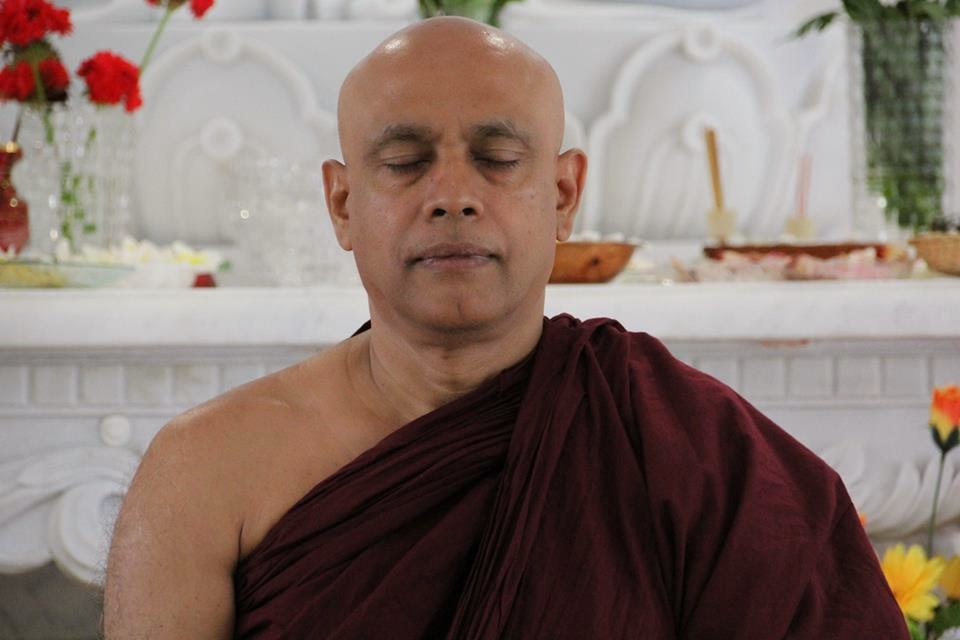 The word Buddha means to understand or to know. A Buddha was a person who understood the truth, found the truth and was able to teach the truth or proclaim the truth. He was able to awaken others from ignorance. He was born as a normal human being and as other human beings he was caught up in the cycle of suffering. He was not an ordinary man, but an extra ordinary man. He possessed psychic as well as physical powers. He possessed the thirty two main bodily characteristics (Mahapurusa laksana) and the eighty sub characteristics (asityanubyanjana) which identified him from other human beings. All these were accumulated and developed through a countless series of existence. He has perfected these for a period of four incalculable aerons of one hundred thousand existences. The fully enlightened one had realized the goal and he proclaimed the path to others for them also to realize the goal (Nibbana).

This form of meditation is suitable to be practiced by everyone both young and old. The word anussati means reflection. There-fore Buddhanussati Bhavana means the meditation practiced while reflecting on the virtues of the Buddha.
The Buddha has infinite virtues. But these are incorporated in nine main virtues. They are called the ninefold virtues of the Buddha enumerated as “Itipiso Bhagava” Buddhanussati, meditation has to be practiced while reflecting these virtues. 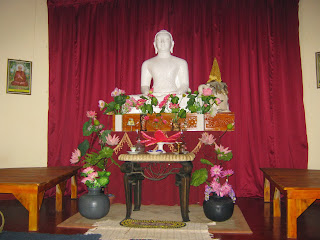 Firstly one should clean oneself and worship the Triple Gem with offerings of flowers and then seek the three-fold refuge and observe the five precepts. Thereafter, seated in a convenient posture before a statue of the Buddha one should strive to create the image of the Buddha in one’s own mind by looking at it with love and adoration. Then closing the eyes and placing the right hand on the left one should think thus while being cognizant of the fact that the Buddha is present in one’s mind.


Itipiso - Indeed the Blessed one is thus:


Bhagava- One who possess the fortune to destroy all passions, associate the four sublime states and crosses the samsara and preaches the Doctrine.

Araham - The accomplished destroyer of all defilements, worthy of offering, attained the fruits of Arahantship and does not commit evil even in secrecy.

Samma Sambuddha – One who has discovered all things rightly by himself, complete in clear knowledge and compassionate conduct.

Sugatha – One whose manner of going is good. One who has gone to an excellent place.

Lokavidu – One who has understood and expounded to those who are ignorant, the knower of the three worlds (sankara loka, Sattva and avkasa) of formations
Of beings and locations.

Devamamanussanam – teacher of devas and humans

Buddha – He who is enlightened with the knowledge that belongs to the fruit of liberation.

When a mediator repeatedly contemplates on the Buddha qualities, the mind becomes calm, not disturbed by lust, anger or delusion and it becomes directed toward Lord Buddha. (having Buddha's virtues as a meditation object).

When the mind is not disturbed by defilement's such as lust, it can calm the Five Hindrances and while constantly recalling the virtues of the Buddha, rapture will arise within the mediator. When rapture occurs both physical well being and mental happiness improve. The mind filled with the contemplation of the virtues of Lord Buddha (Buddhaguna) becomes calm and concentrated.

Benefits of Meditating on Buddhanussati

One who meditates on Lord Buddha's virtues will develop increased reverence for lord Buddha. One will also have specious faith, spacious mindfulness, spacious wisdom, and spacious merit. One will become joyful and happy, will eliminate awful dangers, will become patient and tolerant to pain, and will always feel close to Lord Buddha.

When one with one's mind filled with recollection of the Buddha (Buddhanussati) passes a way with his/her mind directed to Buddhanussati, and his/her heart in devotion to Buddha, (if one has not reached spiritual attainment in this life), a happy world is waiting for him after death or will be born in a happier realm. The story of Mattakundali, during Buddha's time, is a good example to this.

The Buddha explains to the devas, that any of these king's standard is caught sight of, what ever fear, terror, or horror there is may be abandoned or may not be abandoned. because Sakka the Chief of the Devas is not devoid aversion, of delusion, when he feels fear, feels terror, feels dread, he runs a way.

If you go into the wilderness, to the shade of a tree, or to an empty building, there should arise fear, terror or horror, then on that occasion you should recollect me. This is because The Blessed One has eradicated all defilements and when one sets one's mind on such a Noble and Holey person, or thought, soon your fears and horror will be reduced because of the diversification of the mind to a holey object.

"In deed the Blessed One is worthy of and rightly self-awakened, consummate in knowledge and conduct, well gone, and expert with regard to the world, The teacher of divine and human beings, awakened, blessed, for when you have recollect me, what ever fear, or terror there is will be abandoned. If you can't recollect me, then you should recollect the Dhamma or the Sanga and what ever fear or terror will be abandoned." (SN 11.3 Dhajagga Sutta: "The Top of the Standard," translated from the Pali by Thanissaro Bhikkhu) 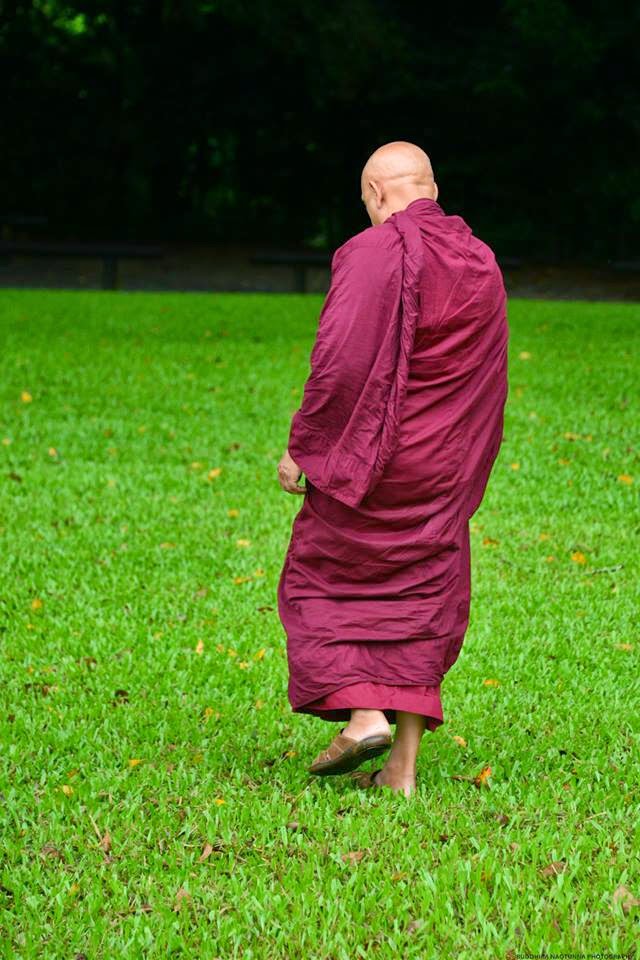