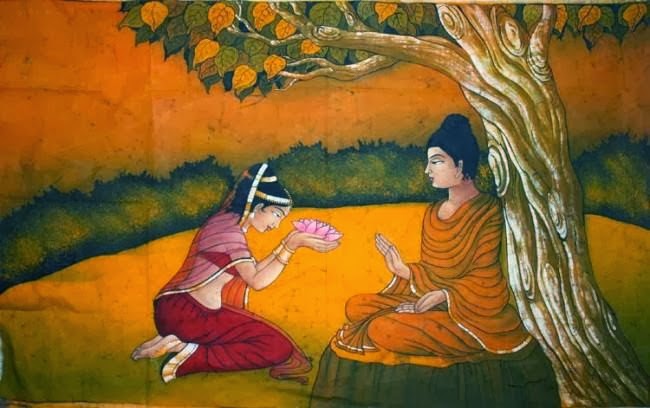 Faith or Saddha is the most significant factor in the path to Nibbana. Saddha/Faith is the belief in the virtues of the Triple Gem (theruwan). Bududha, Dhamma and Sanga are the highest ever qualities which are invaluable in nature that would ever exist on this earth. These  three are named the Triple Gem. Saddha/Faith means belief in Buddha hood of the Lord Buddha, that the Dhamma lead to Nirvana and that Sanga has attained the Noble Eight Fold Path.


The acquisition of the mentality of saddha is not the blind faith or the belief, through there is an element of devotion born out of confidence and conviction. The Buddhist after intelligent inquiry is convinced of Lord Buddha’s supreme qualities of freedom from all defilements and impurities, the Lord Buddha has realized the Truth on his own efforts. He is in perfect knowledge of the reality of all things. He possesses the supreme knowledge and the resulting norms of conduct. In short the Buddhist is fully convinced of the supreme virtues of the Lord Buddha.  There is similar conviction as regards the virtues of the Dhamma and Sanga. 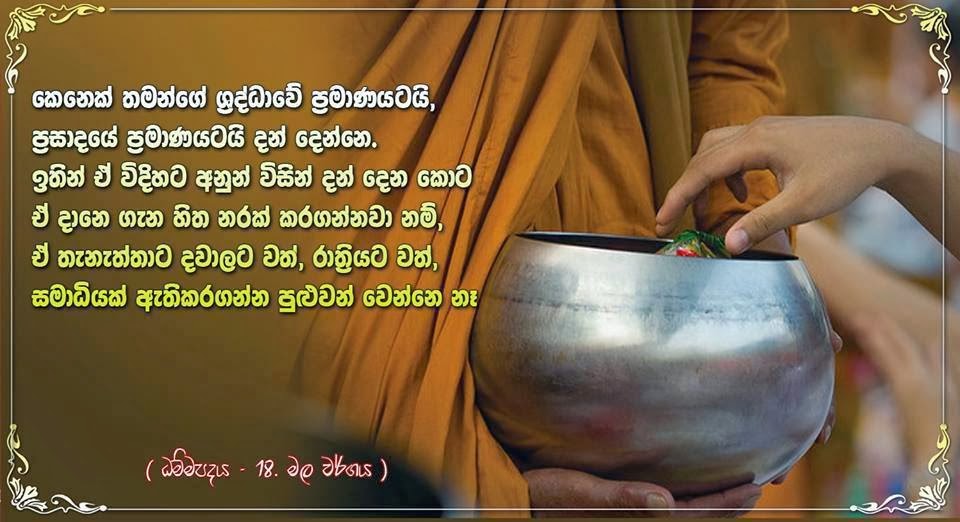 We are Buddhist by birth and Faith/Saddha is an inheritance from our parents, therefore we engage in religious activities from our young days as a result of the example and advice we get from our parents, teachers and elders. As we grow older and develop in our minds the Buddha Dhamma and the Sanga (Triple Gem). We develop faith and belief in the Buddhist way of life and take a liking to the Dhamma. 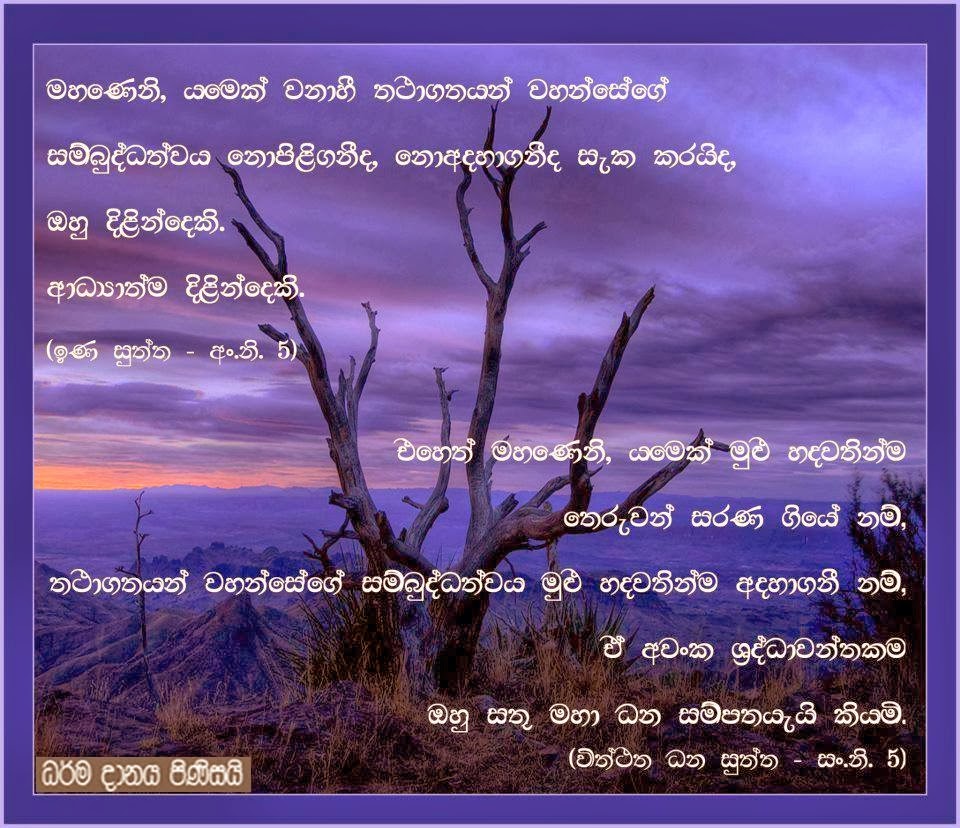 Avecchappasada is developed when the dhamma discoursed by the Lord Buddha is compared to ones religious beliefs and a comparative knowledge of Buddhism is obtained.  This type of delight or Avecchappasada may be derived by most of who are born as Buddhists.


This serene delight in the dhamma is referred to as Avecchappasada – which means the delight one gets through knowledge of the dhamma and leads to faith and belief in ones mind. One can even without the knowledge of the dhamma develop a serene delight in the Lord Buddha. For example, some developed a delight in seeing him due to his pleasant appearance and his great personality and their delight led them to follow him. Bikku Vakkali who lived during the time of the Lord Buddha was one such Bikku.


The next step in Avecchappasadaya or the serene delight in the knowledge of the Dhamma is to understand the truth and through ones wisdom realize the three common characteristics of life (Thrilakshana) anichcha, dukka, annathma. Thus saddha/faith which starts as a simple condition of the mind leads to the complete understanding of the truth and through this wisdom one can accomplish the totality of the sublime knowledge of the dhamma. At this point wisdom has replaced saddha. 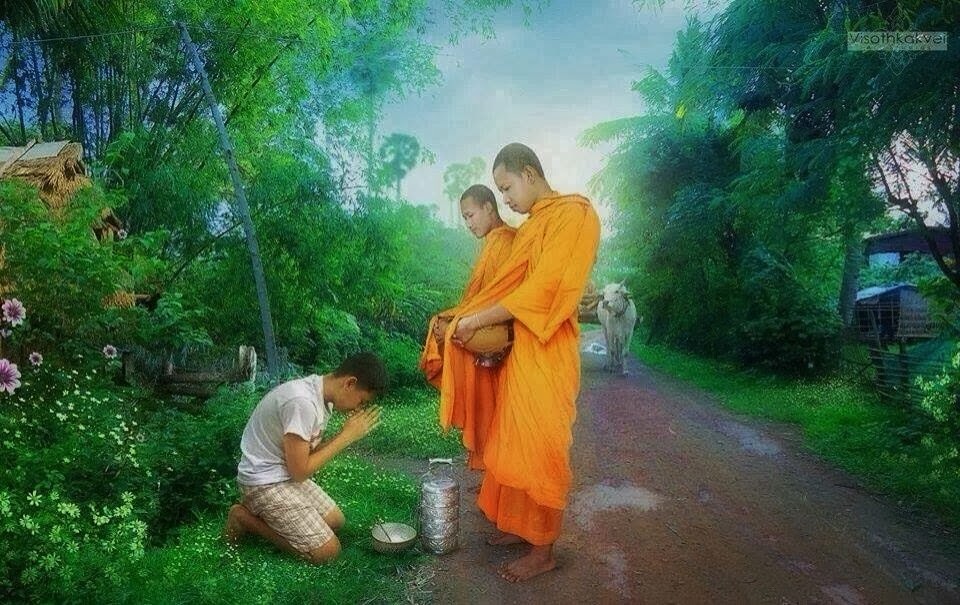