2. KAYANUPASSANA – THE OBSERVING OF BODY
MINDFULNESS ON BREATHING – ANAPANASATHI (Anapanapabbam)
Developing the awareness of breathing: 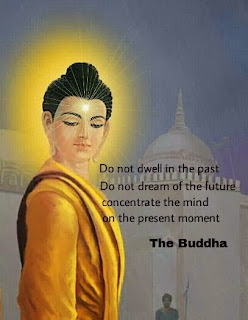 An excerpt from a meditation guide, ”Wisdom Develops Samadhi” written By Ven. Acarriya Maha Boowa Nanasampanno- Who became the Abbot of Baan Taad Forest Monastery, of Thailand, after the passing away of Venerable Acariya Mun (Bhuridatta Thero). He practiced under the guidance of Acharya Mun for nine years and later practiced on his own on the hills and forests of Thailand. – (Translated by - Ven. Acharya Pannavaddho Thero, 2005).

Anapanasati bhavana (developing the awareness of the breathing) uses the breath as the objective support of the heart and consists in knowing and mindfulness (sati) of in and out breathing. In becoming aware of breathing, one should at first fix attention on the feeling of the breath at the nose or the palate (roof of the mouth),as it suits one, because this is where the breath initially makes contact, and one may use this as a marker point for holding one’s attention. Having done this until one has become skilled, and the in and out breathing becomes finer and finer, one will progressively come to know and understand the nature of the contact of in and out breathing, until it seems that the breathing is located either in the middle of the chest or the solar plexus. (place located at the bottom of the breastbone, but also said that if one understood them to be two separate places, either of which could be the location for the awareness of breathing, one would not be wrong). 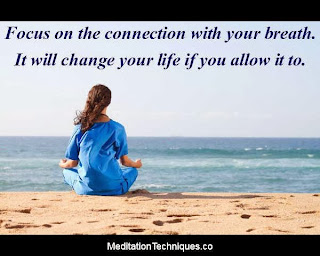 In particular, it is important to have mindfulness established. One must establish mindfulness to control the heart so that one feels the breath at every moment while it is entering or leaving, whether short or long, until one knows clearly that the breathing is becoming progressively finer with every breath- and until finally it becomes apparent that the finest and most subtle breath and the heart have converged and become one. In other words, it seems as if the citta is the breathing, and as if the breathing is the citta.

When one has attained the most subtle level of breathing, the citta will be bright, cool, calm, happy and just knowing the heart-and there will be no connection with any disturbing influence. Even if finally at that time, the breath gives up its relationship with oneself, there will be no anxiety because the citta will have let go of the burden and will just have knowledge of the heart alone. In other words, it will be non-dual (akaggatarammana). This is the result that comes from developing the practice of Anapanasati Kammatthana. But it should also be understood that whichever kammatthana is practiced, and whoever practices it, this is the kind of result that should be attained. When this state is attained, the person who is doing the practice will know that which is wondrous in one’s heart, the like of which one has never encountered before. This is a deeply felt state of happiness, more so than anything which one has previously experienced.

It is also possible that while practicing a given type of kamatthana, the characteristics of that form of kammatthana may appear to some people. For example, hair of the head, or hair of the body, or nails, teeth skin flesh, bones, etc., any of which may appear and be seen clearly until it becomes fixed in one’s heart, and longer one can pay attention to it, retain it in this way and fix it in one’s heart, the better. 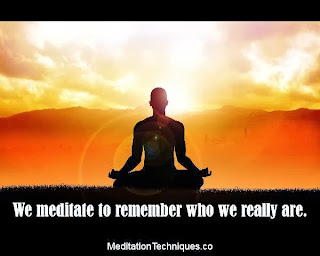 When the above object has been intimately fixed in one’s, one must appreciate it in the right way by attending to the unpleasant and loathsome aspects of it, for this is the nature of all the parts of the body, both internally. Then divide the body into parts of the body, or into groups of parts depending on their nature. One may take such groups as hair of the head, hair of the body, flesh, bones and so on: and one may contemplate them as rotting and decayed, as being burnt, as being eaten by vultures, crows and dogs, and seen them breaking down into their basic elements –earth, water, fire, air.

Whether one has much or little skill, doing the practice in this way will be of great value when it is done for the purpose of making the heart skilled in seeing the body, for the purpose of seeing truly what is in the body, and for the purpose of reducing and eliminating delusion in regard to the nature of the body, (this delusion being what gives rise to sexual craving) raga tanha – which is one aspect of the “outgoing exuberance” of the heart. One’s heart will then become progressively more calm and subtle.

It is important when parts of the body appear, that one should not ignore them and pass them by without interest, nor must one be afraid of them, but one should fix them right in front of one then and there.When a person who practices meditation has seen his body until it has truly become fixed in his heart, he will feel wearied of himself and will feel the sorrow and misery of himself so that he is horrified and shocked. In addition, the heart of a person to whom the body appears, and who faces up to it while practicing meditation will be able to attain samadi very quickly, and the practice of seeing the body will make his/her wisdom clear at the same time as one’s heart becomes calm.

A person who does not see the parts of the body should understand that all preparatory meditation is for the purpose of leading the citta to a state of both calm and happiness, so one should not feel doubtful about any of those methods that they will not lead the citta to a state of calm, and later on to see the danger with wisdom. One must be determined in whichever meditation one is practicing, and repeat whichever preparatory repetition suits one, without becoming disheartened nor feeling like giving up. 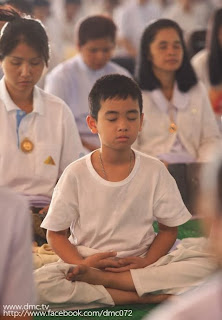 It should be realised that whichever method of meditation is practiced, it leads to the same goal as all the other methods, and it should also be realised that all these methods of Dhamma will lead the heart to peace and happiness- in other words, to Nibbana- which is the final goal of all types of meditation development. Therefore one must do one’s own meditation practice and not be concerned about other types of meditation, otherwise one will be in a state of doubt and uncertainty, and unable to decide which of them is the right way, which would be a constant obstacle to one’s citta, thus preventing one from carrying out one’s original resolve.