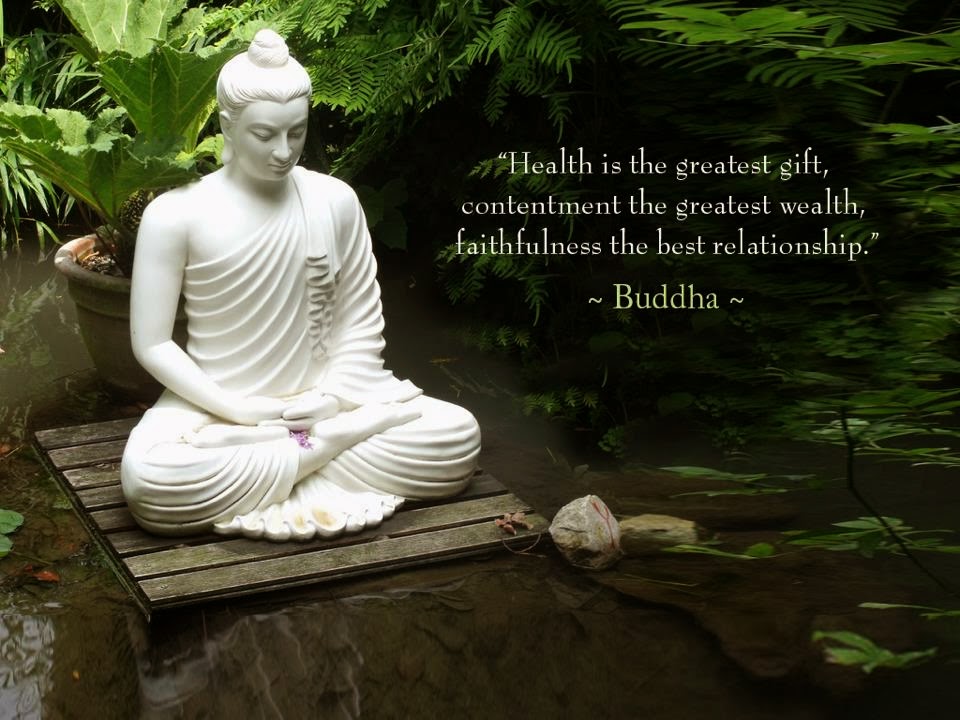 The Story of King Pasenadi of Kosala (Dhammapada Verse – 204)

While residing at the Jetavana Monastery, the Buddha spoke this verse, with reference to king Pasenadi of Kosala.

For at a certain period of his life King Pasenadi Kosala used to eat boiled rice cooked by the bucketful, and sauce and curry in proportion. One day after he had eaten his breakfast, unable to shake off the drowsiness occasioned by over eating, he went to see the Buddha and paced back and forth before him with a very weary appearance. Overcome with a desire to sleep, but not wanting to lie down and stretch him-self out, he sat down on one side.

Thereupon the Buddha said to him, “did you come, great King, before you were well rested?” “Oh no, Venerable, but I always suffer greatly after eating a meal.” “Then said the Buddha to him, “Great King, over - eating brings much suffering.” So saying, the Buddha gave the following stanza:
If a man gives a way to indolence, eats much, spends his time in sleep, and lies and rolls about like a great hog fed on grain, such a simpleton will endlessly be reborn.” After admonishing the king with this stanza, the Buddha continued, “Great King, one ought to observe moderation of eating, for in moderate eating there is comfort. And admonishing him further, the Buddha gave the following stanza: 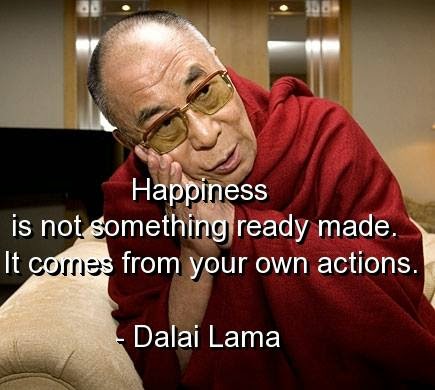 “If a man be ever mindful, if he observe in moderation in taking food, his suffering will be but slight; he will grow old slowly, preserving his life.” The King was unable to memorize this stanza. So the Buddha said to the Kin’s nephew, Prince Sudassana, who stood near, “Memorize this stanza.” Sudhassana asked the Buddha, “Venerable, after I have memorised this stanza, what shall I do with it?” The Buddha replied, “When the king eats his meal, just as he about to take the last lump of boiled rice, you must recite this stanza. The King will understand its purport and will immediately throw a way that lump of rice. When it is time to boil the rice for the King’s next meal, you must fetch just as many grains of fresh rice as there  and grains of boiled rice in that lump rice.”

“Very well, Venerable, “replied Sudassana. So both evening and morning, when the King eats his meal, his nephew would recite the stanza just as the King was about to take the last lump of boiled rice, and would fetch for his next meal just as many grains of fresh rice as there were grains of boiled rice in the lump of boiled rice which the King had thrown away. And every time the King heard that stanza recited, he gave away a thousand pieces of money in alms. The King contented himself with a pint-pot of boiled rice a day, never exceeding that amount. After a time he became cheerful and lean. 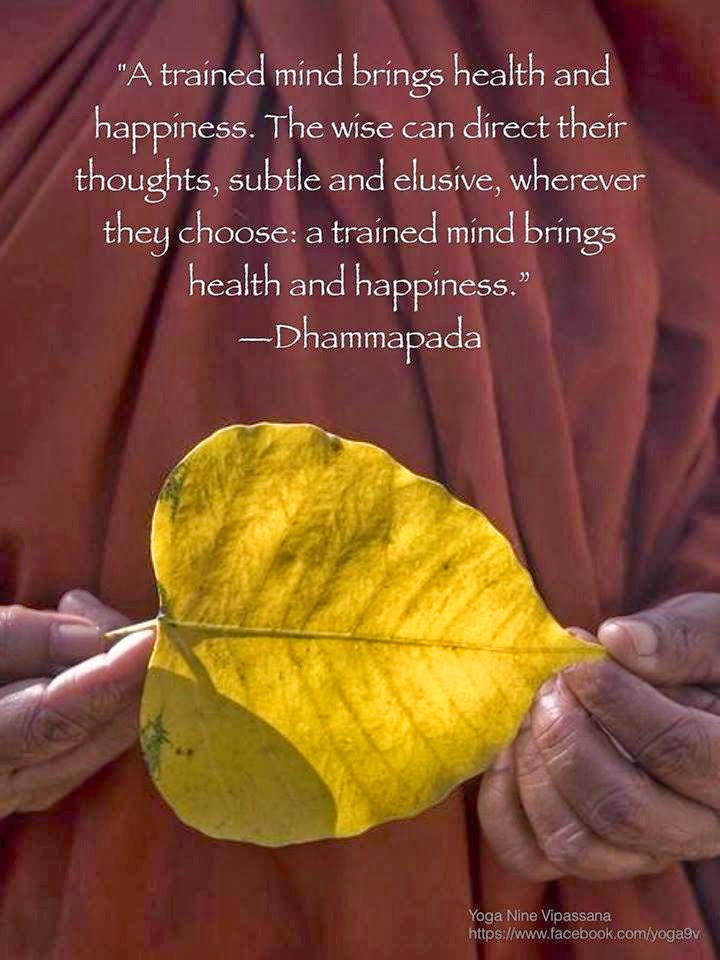 One day the King went to pay his respects to the Buddha and having saluted the Buddha, said to him, “Venerable, now I am happy. Once   more I am able to follow the chase and to catch with beasts and horses. I used to quarrel with my nephew. But recently, however, I gave my nephew my daughter, the Princess Vajira, to wife. I have given her this village, that she may have a pool wherein to bathe. My quarrels with my nephew have ceased, and for this reason also I am happy. The other day a precious stone, the property of royal household was lost; this has but recently returned to my hand, and for this reason also I am happy.”

“The Buddha replied, Great King, health is the greatest blessing  one can ask for, contentment with whatever one has received is the greatest wealth, confidence the best relative. But there is no happiness that can be
compared with Nibbana.” 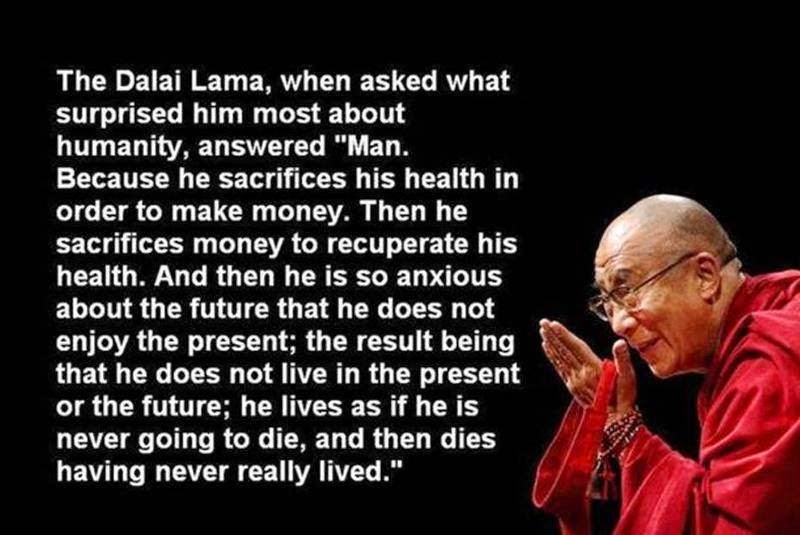 Of acquisitions, good health is the foremost. Of wealth, the greatest is peace of mind. Of kinsmen, the trustworthy are the Supremes’. The highest bliss is Nibbana.
Vissa parama natti:

The trustworthy are the greatest relatives. Relatives are generally the most trusted. Relationship stands in the foundation of trust. The traditional commentary has this to say:

“if one has no trust even in one’s mother, father or other relatives, they are not relatives in reality. But on the other hand, if one can  place one’s trust in someone who may not be related, he is truly a great relation. Trust implies agreement, intimacy, and confident. As it is difficult at times to fathom the motives of some people and, as some are vicious, trust place in those types of person – whether related or unrelated – is likely to bring about evil results on one. This way it is difficult to come upon a person who could be implicitly trusted. Good results ensure from true and genuine trust. There are three things that are conducive to one’s downfall.:

The three things that bring about man’s downfall are miserliness, slothfulness and wrong trust.
Posted by Ven.Sudhamma at 9:41 AM