“All decrepit is this body,    diseases’ nest and frail;
This foul mass is broken up  for life does end in death.”
While residing at the Jetavana Monastery the Buddha spoke this verse, with reference to Venerable Nun Uttara. Arahat Theri, Uttara, in her former lives had reaped good karma.  The paramis she had built up as a nun under previous Buddhas stored enough requisites to end suffering by the perfection of insight and total elimination of defilements in the Gautama Buddha’s era. She was reborn at Savatthi into a Sakyan clansman’s family named Uttara. She began to establish on the path, after hearing one of the Buddha’s discourses preached by Theri Patachara, There she gave up lay-life and later entered the order under Theri Patachara. 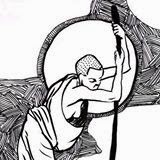 Nun Uttara was one hundred and twenty years old, when one day returning from her alms-round she met a monk and requested him to accept her offering of alms-food: She went without food for that day. The same thing happened on the next two days, thus Nun Uttara was without food for three succexessive days and she was feeling weak. On the fourth day while she was on her alms-round, she met the Buddha on the road where it was narrow. She paid obeisance to the Buddha with respect and stepped back. While doing so, she accidently stepped on her own robe and fell on the ground, injuring her head. The Buddha went up to her and said,” your body is getting very old and firm, it is ready to crumble, it will soon perish,” At the end of the discourse, Nun Uttara attained sotapatti fruition.

“Later she declared that she had eradicated all mental stains, particularly eradication of thirst (tanha), that she had cut down all cravings, concerning existence in the human or divine and she had become cool and been quenched that a burning fever had been eliminated by the extinction fire of mental stains: desire, aversion and illusion.”(‘Buddhist Nuns’, Mohan Wijayatatna, p139)

Insight Knowledge of Impermanence leads to Stream- Entry, the First stage of Deliverance.
“Life ends in death" - The central purpose of this stanza is to drive home the fact of impermanence of life. Impermanence (anicca) is the first of the three characteristics of existence. (Tilakkhana). It is from the fact of impermanence that in most texts, the other two characteristics, suffering (dukka) and not-self (anatta), are derived. Impermanence of things is the rising, passing and changing of things, or the disappearance of things that have become arisen. The meaning is that they are vanishing and dissolving from moment to moment.

Each aggregate arises due to certain causes and when these causes end, the aggregate also ceases. Impermanence is a basic feature of all conditioned phenomena, be they material or mental, coarse or subtle, one’s own or external. All formations are impermanent. The totality of existence in terms of the five aggregates, the twelve sense bases. Only Nibbana which is unconditioned and not a formation (asanka), is permanent.

The Insight leading to the first stage of deliverance, stream entry, is often expressed in terms of impermanence. Without deep insight into the impermanence and unsubstatioality of all phenomena of existence there is no attainment of deliverance. Therefore, comprehension of impermanence gained by direct meditative experience, heads two lists of insight knowledge:

(a)Contemplation of impermanence is the first of the eighteen chief kinds of   insight.
(b)The contemplation of arising and vanishing is the first of nine kinds of knowledge (Vipassana Gnana) which lead to the purification by knowledge and vision of the path congress. Contemplation of impermanence leads to the condition less deliverance. As herein the faculty of confidence is out sanding. The one who attains in that way, the path of stream-entry, is called a faith-devotee and at the seven higher stages he/she is called faith-liberated.

Anicca: Impermanence,
Regarding the impermanence, though we may
see; leaves on a tree, some young, some
unfolding, some mature, while others are
sere and yellow, impermanence does
not strike home in our hearts. With aging,
hair decades, if not kept cleaned, smells and
infest by lice etc. Although our hair changes from black, to grey to white over the years, other parts of body declines too. We do not realise what is so obviously being preached by this change – impermanence.

There is a vast difference between occasionally acquiescing in the mind or admitting with the tongue the truth of impermanence and actually realising it constantly in the heart. The trouble is that while intellectually we may accept impermanence as valid truth, emotionally we do not admit it, especially in regard to me and mine. But whatever our unskilful emotions of greed may or may not admit, impermanence remains a truth and the sooner we come to realise through insight that that is a truth; the happier we shall be, because our mode of thought thus be nearer to reality.

Let us look here at the eighteen elements.
“The sense faculties (eye, ear, nose, tongue, body and mind)
Their objects (sight, sounds, smells, tastes, touches, mental- objects)
And the mind consciousness that arises when those two come together is the sixth in each set, completing the eighteen.

The Buddha analysed the totality of conditioned phenomena into ultimate constituents in a number of ways for the benefit of listeners of varying proclivities. (“Inspiration from Enlightened Nuns” - Susan Elbaum Jootla, The Wheel Publications, 1988).

Here according to the Buddha’s advice Theri Uttara was vigilant to contemplate the fleeting and the impermanent nature of her decaying sick body. She was able to see the thirty two impurities in her own self and realised the true nature of life through insight knowledge. She attained higher absorptions, Jhanas, and further Formless Jhanas thereby reaching, Atta-Samapatthi and eliminated all cankers and attained perfect sainthood - Arahatship. 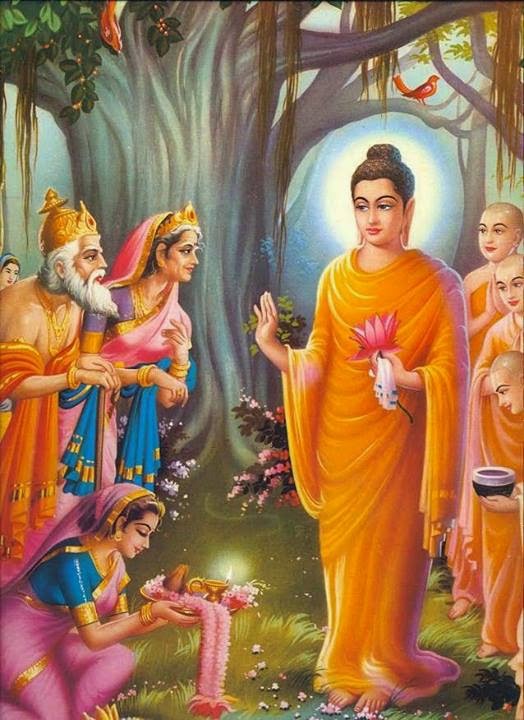 On  reflecting on her attainment she uttered the exulted thus: ("PASALMS OF THE SISTERS" -MRS. RHYS DAVIDS),
”Seeing the constituent elements as other, arisen casually, liable to dissolution, I eliminated all taints. I have become cool, quenched.”

“Now this Sister, one day, when under Paṭācārā she had established herself in an exercise, went into her own dwelling, and seating herself cross-legged, thought: 'I will not break up this sitting until I have emancipated my heart from all dependence on the Āsavas.' Thus resolving, she incited her intellectual grasp and gradually clarifying insight as she progressed along the Paths, she attained Arahantship, together with the power of intuition and thorough grasp of the Norm. Thus contemplating nineteen subjects in succession, with the consciousness that 'Now have I done what herein I had to do,' she uttered in her happiness the verses given above, and stretched her limbs. And when the dawn arose, and night brightened into day, she sought the Therī's presence, and repeated her verses.” 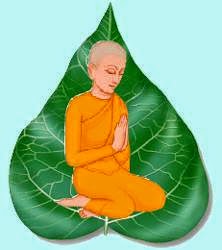 For further readings; Visit this site:
"from the Enlightened Nuns" http://digital.library.upenn.edu/women/davids/psalms/psalms.html
Posted by Ven.Sudhamma at 6:53 PM