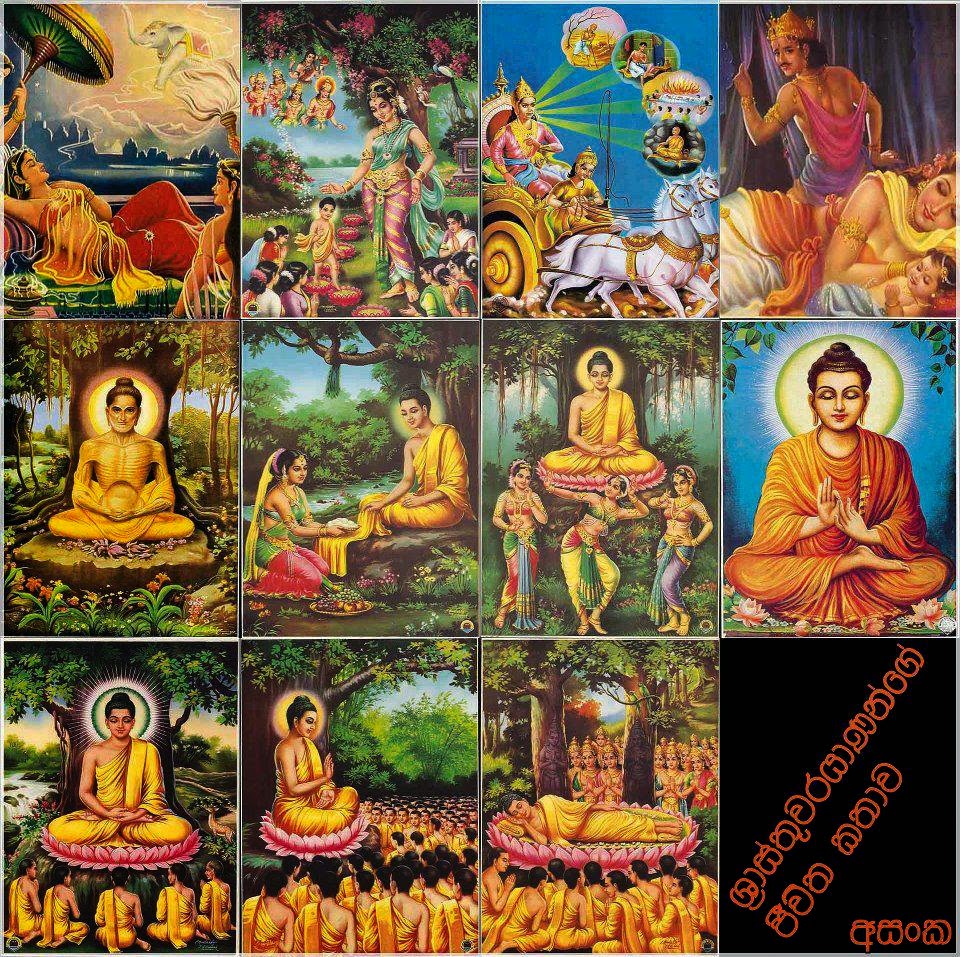 “Hunger is the greatest ill
The greatest dukka – conditionedness,
Knowing this really as it is:  Nibbana bliss supreme.”

The Buddha spoke this verse at the village of Alavi, with reference to a lay- disciple.

Once when the Blessed one was living in the village of Alavi, saw in his vision that the time has ripened for a poor man to attain sotapatti fruition. So he went to that village, which was thirty yojanas (leagues) away from Savatthi. It so happened that on that very day the man lost his oxen. So, he had to be looking for the oxen. Meanwhile in a house in the village of Alvi, alms food was being offered to the Buddha and his disciples.

After food, the village people got prepared to listen to the Buddha’s preaching. But the Buddha waited for the young man. Having found his oxen, the tired and hungry man came running to the house where the Buddha was.  The Buddha directed the donors to offer food for him. When the man had been fed, the Buddha gave his discourse, expounding the Dhamma step by step and finally leading to the Four Noble Truths. The lay disciple attained sotapatti fruition at the end of the discourse. 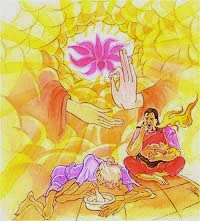 On their return to the Jetavana Monastery, the monks remarked that they should not have waited for the man to eat his meal.
On hearing their remarks, the Buddha said, “monks! What you said is true, but you
do not understand that I have come here,
all this distance of thirty yojanas, because, I knew that he was in a fitting condition to take in the Dhamma. If he were feeling hungry, the pangs of hunger might have prevented him from taking in the Dhamma fully. That man had been out looking for his oxen the whole morning, and was very tired and also very hungry. Monks! After all there is no ailment which is so difficult to bear as hunger.”

The term ‘Sankara’ has different shades of meanings:
The term “sankara” has different shades of meanings which should be carefully distinguished. In most usages, this general term “formation” is used frequently according to the conditions required by that particular context. This term may refer either to the act of forming or to the passive state of having been formed to both. One should distinguish the meaning of sankara really well in order to understand the formula of Dependent Origination as sankara is the second link of the formula.

1.  According to the above stanza, the term sankara (“sankara parama dukha”) is applied to components as the worst suffering.  This term may refer either to the act of forming or to the passive state of having been formed or to both.
After overcome by all other illnesses the last to arise in a person is hunger, some- times unbearable, in which the Buddha described as the greatest ill(“(jighaccha parama roga).

It also denotes the fourth group of existence (sankara-skkhandha), and includes all mental formations whether they belong to karmmically forming consciousness or not.The Buddha taught that every component thing is impermanent (anicca), and this includes everything that we associate with being human: sensations, feelings, thoughts and consciousness. This is the doctrine of anatta, "no-soul," a central concept of Buddhism. Human existence, in the Buddha's view, is nothing more than a composite of five aggregates (khandas): 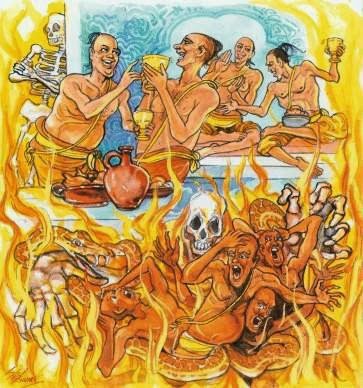 These khandhas come together at birth to form a human person. A person is a "self" in that he or she is a true subject of moral action and karmic accumulation, but not in the sense that he or she has an enduring or unchanging soul. Therefore the greatest dukka is known as conditionedness (“sankara parama dukka”). This insight knowledge in meditation helps one to realise Nibbana.

The Buddha explains (according to Kajjaniya Sutta, SN 22.79), that if any Brahmans or Contemplatives recollect their past lives, so do they attend to it with the help of all five aggregates or with the help of one or two aggregates. In this instance, that person gains a perception of, "I lived in the past and I was one with such a form in the past." According to the Buddha, such disciples have not gained the right knowledge or the right view as there is no self as such. This is because when you recollect the past lives, they begin to see form as form, sensation as sensation etc.; which belongs to the category of “Sankata” Dhamma. Only when these disciples begin to discern the self- image, then they begin to see this illusory consciousness with the right discernment as: 'This is not mine. This is not my self. this is not what I am.’ 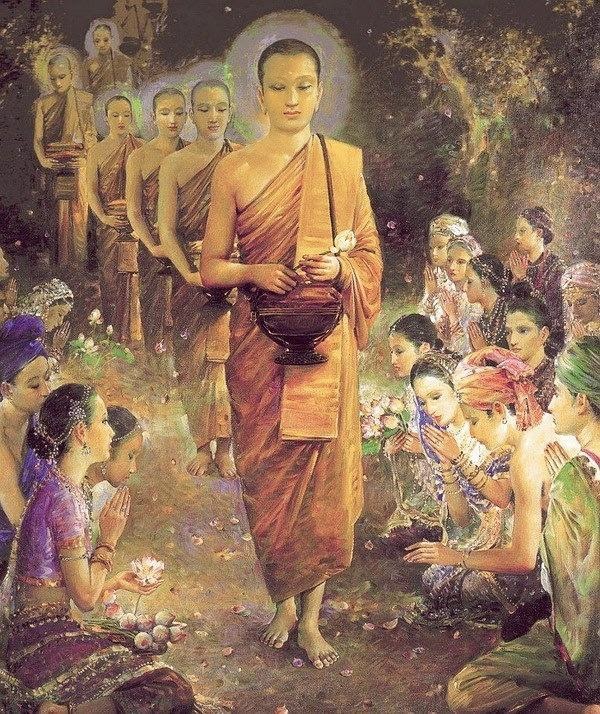 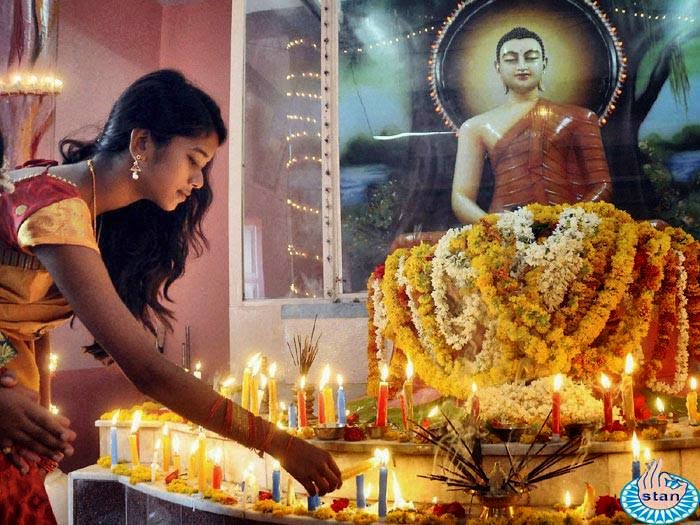 As the second link of the formula of Dependent Origination, (Paticca-Samuppada), sankara has the active aspect, forming, and signifies Kamma which is wholesome or unwholesome volitional activity (cetana) of body (kaya), speech (vaci) or mind (citta or mano). In this sense, the word “Karma-Formation” has been created or coined by the author.

In other passages, in the same context, sankara is defined by reference to:

This three- fold division covers karmic activity in all spheres of existence. The meritorious karma- formations extend to the sensuous and the fine-material sphere, the demeritorious ones only to the sensuous sphere, and the imperturbable only to the immaterial sphere.
Ven. Ajahan Brahmawamso writes: "The meaning of sankhara is sometimes debated because this is a word that does have many meanings in different places. If one wishes to see the word sankhara used as a cause for rebirth, one can go to the Sankharupapatti Sutta (MN 120). Sankharupapatti means `rebirth according to sankhara'. Here, The Buddha talks about how certain beings arise in different realms according to their planned actions of body, speech or mind. These are actions of body, speech and mind, which are accompanied by will (cetana); and it is this kamma which gives rise to future rebirth. This is called sankhara. In another sutta (SN 12, 51) The Buddha talks about how, if a person who has ignorance (avijjagato, who has gone to ignorance) plans a meritorious sankhara (punnam sankharam abhisankaroti), his consciousness goes to a meritorious place. If he plans a demeritorious sankhara (apunnam sankharam abhisankaroti), his consciousness goes to an apunna place, a demeritorious place. If he plans an anenja sankhara (anenja being something in-between), then his consciousness goes to that place accordingly. Again, this shows that there are three types of sankhara - meritorious, demeritorious and in-between - and that sankhara is the working of kamma. In much the same way that kamma can be made by body, speech and mind, so too there are three types of sankhara - body, speech and mind sankhara." 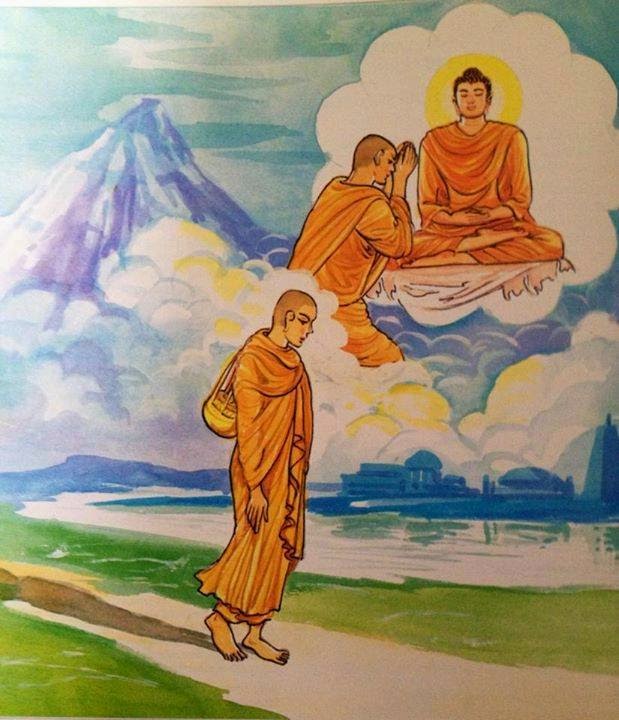 Within the dependent origination, sankara is neither subconscious nor a mere tendency, but is fully conscious and active-karmic volition. In the context of the five groups of existence, a very few of the factors from the group of mental formations (sankara-skhandha) are also present as concomitants of subconsciousness, but are not restricted to it, nor are they mere tendencies.

4. As in Bodily, Verbal & Mental Functions

The three terms mentioned earlier, kaya, vaci and citta (or mano), are sometimes used in quite a different sense, namely as:
(a) Bodily function an in-and–out breathing
(b) Verbal function, thought-conception and discursive thinking:
(c) Mental function as feeling, perception. 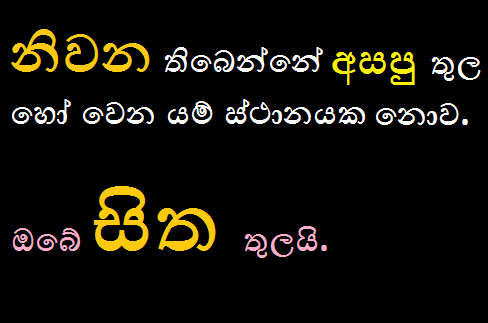 “Now, lady how does the attainment of the cessation of perception & feeling come about?” 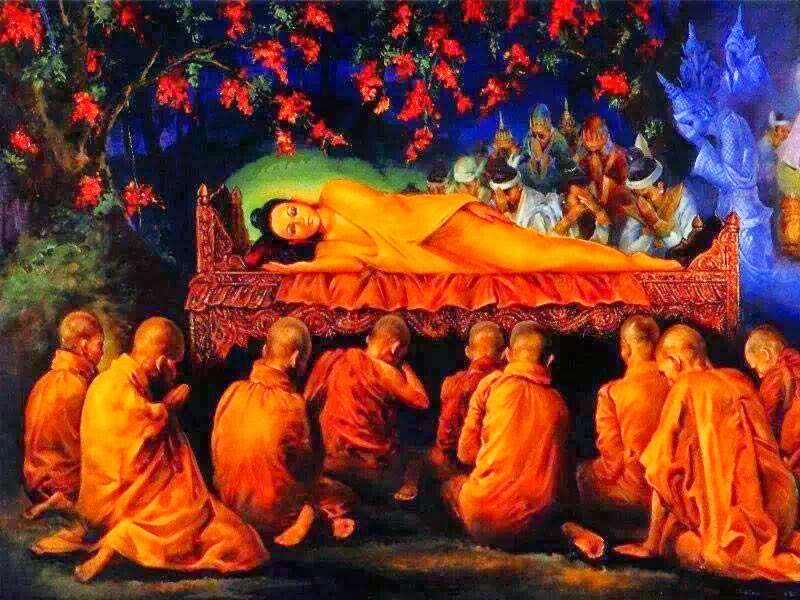 It occurs further in the sense of anything formed (sankata) and conditioned, and includes all things whatever in the world, all phenomena of existence. This meaning applies to the well-known passage; all formations are impermanent, subject to suffering. - “Sabbe sankhara anicca.. dukka).” In that context, however, sankara is subordinate to the still wider and all- embracing term Dhamma (thing); for Dhamma includes also the unformed or unconditioned element (asankhata-dhatu), i.e., Nibbana (e.g., in Sabbe Dhamma anatta: all things are without a self). This insight knowledge in meditation helps one to attain Nibbana.

“Cetana Sutta" describes how each aggregate supports and    conditions the other,(written by Ven, Thannisao Bhikkhu) which is  explained here:

6.  Used as Other Terms
Sankhara also means “volitional effort”, e. g, in the formula of The   Roads to Power (idhdi-pada); Aryu sanskara - Parinibbana (Only as a Kriya citta/Functional citta, experienced only by Arahats who attain Jhanas). 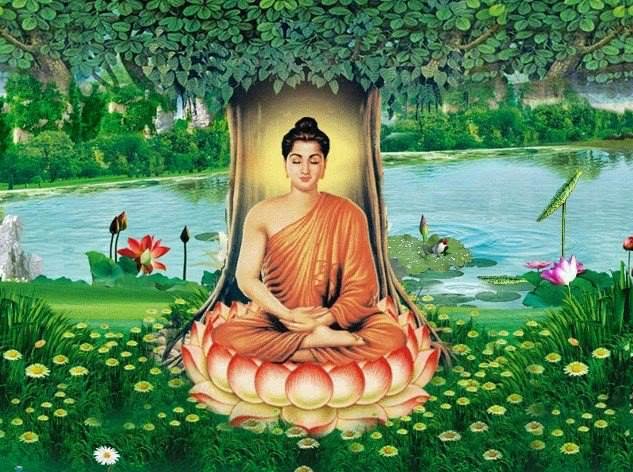 The consciousness of a (putuggana) worldling is conditioned (sankatha)They are called sankatha as they are subject to change and decay. If one makes an effort to see the reality of the aggregates conditioned in one’s mind and body (nama-rupa sanskara), through insight knowledge, that mind changes into an unconditional state of mind (asankatha)which bares no cause or effect and bares the fruit of emancipation from all suffering. Nibbana is the only unconditioned element. It is not caused by conditions. hence Nibbana is called Asankatha Dathu and it is permanent.This state of consciousness is called Anidassana Vinnanya (“Visankaragatan cittam”).

And in the Abhidhamma terms asankarika and sasankarika citta. I.e. without effort – spontaneously or not induced either by an outsider or one-self, and with effort-prompted. In sasankara-parinibayi (anagami).

The following excerpt from “Dvayatanupassana Sutta” teachers how we perceive our six senses as myself and the world, which has been translated from the Pali by- Thanissaro Bhikkhu.

“For those who are able to see through this illusory construction (an ability that comes in part from meditation), ordinary pleasures are seen as a snare that catches and reinforces the ego — that view we have of self as separate, from which so much suffering arises. The moderation or even renunciation of these pleasures, on the other hand, can be viewed as a powerful tool for gaining freedom from our self-created suffering.

The term "nobles" or "noble ones" is used in the Buddhist tradition, not for people of a certain birth or social class, but for any person who thinks, speaks or acts nobly: with generosity, kindness and wisdom, rather than with greed, hatred or delusion.

... Forms and sounds and flavours and smells And touches and all mental states, Are wished for, cherished and pleasing, As long as it's said that "They're real." For the world and for its devas these are equal to happiness; whereas when they come to an end... This for them is equal to pain. 'Happiness,' viewed by the nobles, Comes from restraining the ego. This is just the opposite of how it is seen by all the world. That which is pleasant for others, for the noble ones is painful. And what for others is painful, The noble ones know as pleasant. Behold! A teaching hard to know. The deluded are confused here”. ...