HUMAN LIFE IS HARD AND RARE, SO IS BUDDHA AND DHAMMA RARE
(Dhammapada Verse 182) 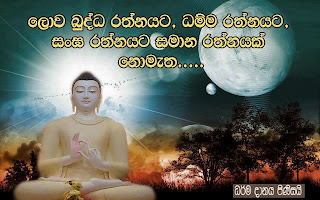 While residing near Baranasi, the Buddha spoke this verse with reference to the Erakapatta, a king of the nagas.
Once there was a naga King by name of Erkapatta. In one of his past existences during the time of Kasyapa Budda he had been a monk for a long time. Through worry over a minor offence he had committed during that time, he was reborn as a naga. As a naga, he waited for the appearance of a Buddha. Erkapatta had a very beautiful daughter, and he made use of her as a means of finding the Buddha. He made it known that whoever who could answer her questions could claim her for a wife.
One day the Buddha saw a youth named Uttara in his vision. He also knew that the youth would attain sotapatti fruition in connection with the questions put by the daughter of Erakapatta. By then the youth was already on his way to see Erakapatta’s daughter. The Buddha stopped him and taught him how to answer the questions. While he was being taught, Uttara attained sotapatti fruition, he had no desire for naga princess. However, Uttara went to answer the questions for the benefit of numerous other beings. 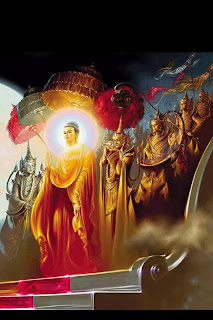 (4) What sort of person is to be called fool?

T     The answers to the above questions were:

Having heard the correct answers to the above, the naga princess sang out questions regarding the floods (oghas) of sensual desire, of renewed existence, of false doctrine and of ignorance, and how they could be overcome. Uttara answered these questions as taught by the Buddha. When Erakapatta heard these answers he knew that a Buddha had appeared in this world.

So he asked Uttara to take him to the Buddha. On seeing the Buddha, Erakapatta related to the Buddha how he had accidentally caused a grass blade to be broken off while travelling in a boat, and how he was reborn as a naga. After hearing, the Buddha told him how difficult it was to be born in the human world, and to be born during the appearance of the Buddhas or during the time of the teaching.
It is rarely that one is born as a human being, in this cycle of rebirth. It is difficult and rare to get the opportunity to hear the good teaching. It is, indeed, rare for the birth of a Buddha to occur.

“Maccana jivitham:” Life is mortal. The word macca (motal) is applied to a human being because he /she is subject to death. But the term macca is especially significant to human beings; because, of all animals, the human beings are the only ones that can become aware of the inevitability of death….. 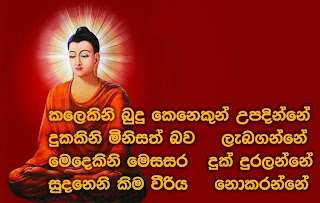